If you're having relationship problems, there are some basic things you need to know about solving them.

Most of us like to avoid conflict. But when something is bothering you about your relationship, you need to talk it over with your significant other. But you can work these issues out without it turning into a conflict. Don't be afraid! Be calm. One mistake people make is sweating the small stuff. Ignoring too many "little things" can lead to bigger problems down the road. If you're unhappy with your husband because he leaves his whiskers in the sink after he shaves, you could:

Granted, relationship problems like these are trivial things, but some people do blow up about every little thing, and then when there's a serious relationship issue how will you handle it? When it comes to more serious relationship problems, you really need to know how to communicate about things calmly. For instance, the same couple we mentioned above knew that if they didn't keep separate checking accounts, they'd constantly fight about money. So after they were married, nothing changed except the wife added her husband to her checking and savings accounts. She didn't have any investments or anything other than her retirement plan at work, and she of course made him the beneficiary of that. The problem was, after two years of marriage, he still hadn't taken the time to add his wife's name to his accounts. He had more money than she did, so she hesitated to bring it up. She didn't want him to think she was after his money because she wasn't. The truth is, she had been in debt when they met, but she worked hard and paid it all off before they got married. She was much better with money now, but because he didn't put her name on his accounts, she thought he didn't trust her. This is a delicate issue, too. Money problems are one of the biggest relationship problems there are.

One day when they were discussing finances, she said, "Something's been bugging me. Please don't say anything until I'm done. I have put your name on all of my accounts, but you haven't added me to yours. I wouldn't touch one cent of that money, but not adding me to your accounts makes me think you don't trust me with money. I know I had debt problems in the past, but you know I'm past all that. Do you not trust me?" He said that wasn't it at all. He said he just hadn't gotten around to getting the right forms, and if she wanted to get the forms, he would fill them out. And he did. But they needed a signature guarantee and that meant going to a bank, and their bank was in another state, so they had to find one that would do it for them, but banks are only open during the couple's working hours, so they didn't get around to it. It's on their "to do" list though.

The best way to deal with relationship problems is to treat the other person the way you'd want to be treated. And that is our best relationship advice. 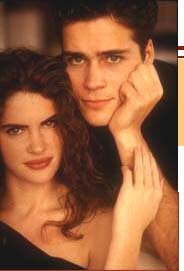